The AnyJunk team were in full force braving the elements of last weeks “beast from the east” as Jason had the privilege of officially opening the markets for trade.

The honour of officially opening the stock exchange was part of our prize for winning the 2017 Business of the Year awarded by the British Chambers of Commerce.

After the official market opening ceremony, Jason was invited to say a few words:

“It’s wonderful to be here today.  Everyone at AnyJunk is extremely proud to have been recognised in this way. To have been chosen from hundreds of companies across the UK is a huge honour and one we’ll do our very best to live up to. Getting to open the London Stock Exchange is definitely the icing on the cake.” 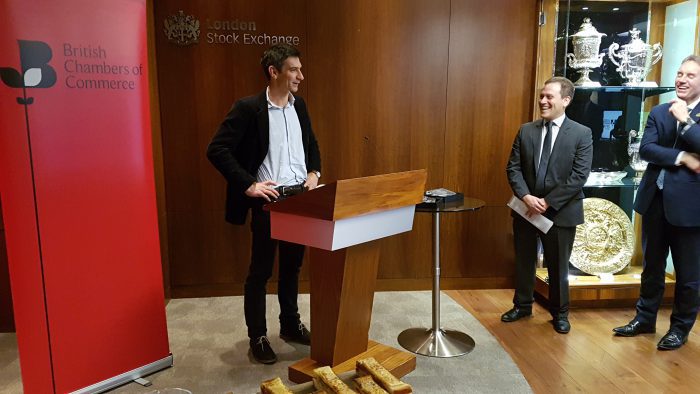 As well as opening the stock exchange, Jason also gets the added prize of a day’s communication and impact course provided by RADA in Business.

“It’s fantastic to support one of those brilliant businesses that’s really growing and going places and huge congratulations to the AnyJunk team. I think you have a fantastic business model and I really do hope you go from strength to strength.” 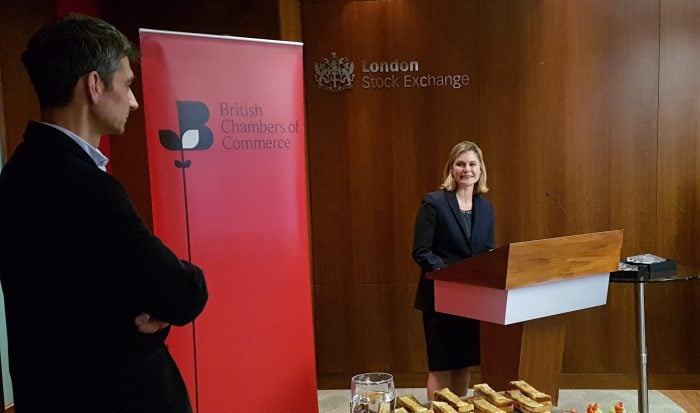 We have been extremely overwhelmed with all the support and positive messages we have received since winning the Chamber of Commerce Business of the Year 2017! We look forward to living up to the title and providing all of our customers and suppliers an award-winning service in 2018.

Below we have a few pictures from the event, including the AnyJunk team signing the official opening of the markets book. 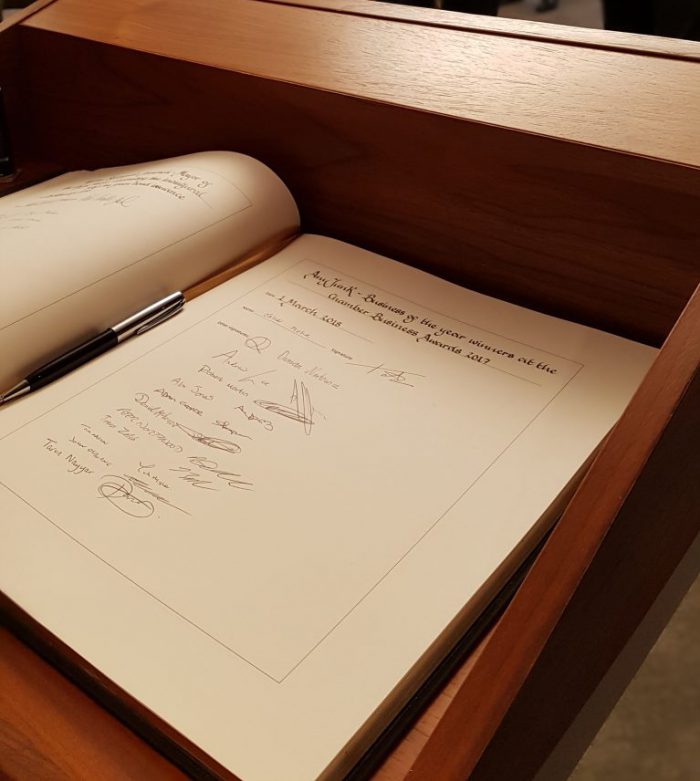 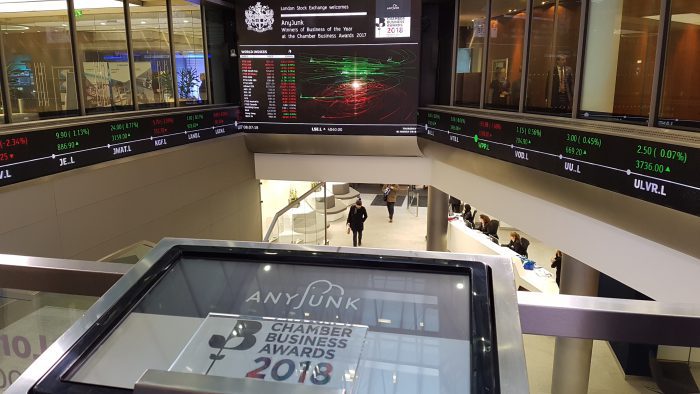 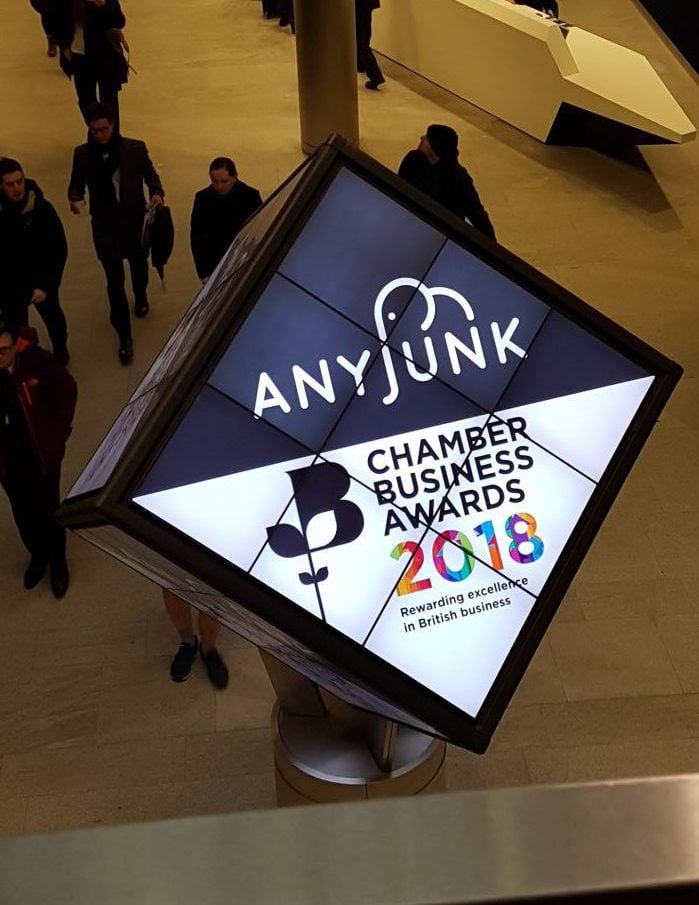